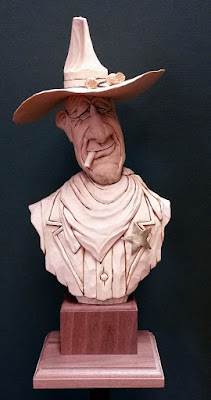 I finished the carving yesterday and made the base this morning.  I think he turned out really nice and should make a nice addition to someone's collection.   I made the hat cord out of some twisted wire and then carved the knots at the end.  I made the badge out of a piece of hammered brass, silver-soldered to a post.  I'll letter "Duke" on it once it's painted.  The base is walnut. 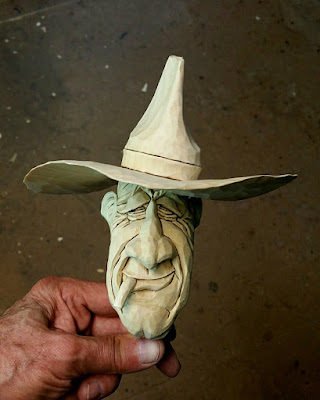 Well, it's been a while but I finally got back to doing something.  My Sister visited over the Memorial Day weekend and  on her way spent some time up in Winterset, Iowa attending the grand opening of the new John Wayne Museum (http://johnwaynebirthplace.museum/).  She brought along a bunch of brochures, etc., that she picked up there and that was enough to get me interested in trying to capture his likeness in wood.

Tuesday morning I spent some time on the net googling photos, drawings and other art work to come up with a working sketch to work from and then roughed out the head while at our local carving gathering.  This morning I finished the head, worked on the hat and pretty well finished up that part of the piece.  I think I will keep it a bust as even that will make a pretty large piece when done.  The head with the hat on measures right at 7".  The hardest part was getting the eyes right and I think once they are painted they should look pretty good.  At least I hope so.  I stuck a smoke in his mouth as he was a heavy smoker as were most cowpokes.  The hat really adds to the character.


There are a couple more photos in the Gallery and I look forward to your comments. 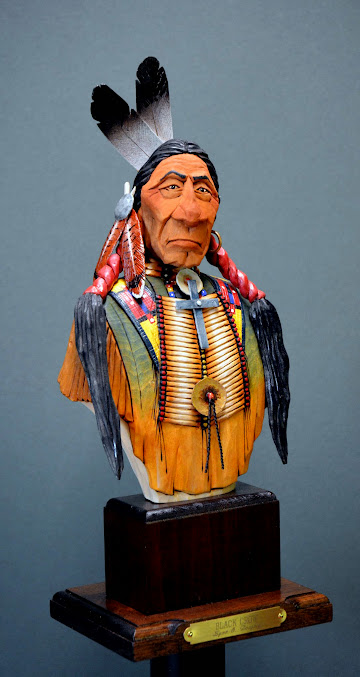 With this we'll wrap up another video project.  We hope you enjoyed tagging along and also hope you might benefit from some of the techniques that were covered.  I think the piece turned out quite nice and clearly shows the fun you can have in creating a Native American.  There are more photos in the Gallery and will look forward to your comments.
Posted by Lynn O. Doughty at 5/05/2015 09:55:00 AM 4 comments: Links to this post 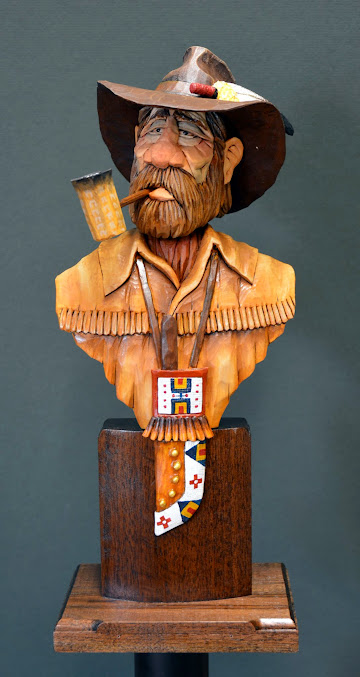 Painted this Mountain Man over the weekend and must say that he really turned out nice.  I thought he looked a little plain just by himself so added the knife and sheath and that really turned him into something else.